It was said that during the chaotic birth of the universe, the Sky Temple was a place where many people have rested upon there. However, the Sky Temple seems to have lost it's energy to remained floating into the skies of Booga, and floated steadily on the Rim Ocean. There are rumors that there are many treasures, far than the wildest of dreams; which is eye candy for traveler. However, what lurks there.. existed powerful "monsters". Various of factions claimed that the journey to the Fallen Sky Temple is quite famous for many adventures to travel to. Due to it's fallen state; it's split into three different areas.

Because of it's ancient ruins, it's protective by an powerful barrier beyond anything one can imagine. No beings is said to able to get through without forbidden magical arts. If one tries to break through, from the odd chance, the barrier instantly reformed itself faster than thought. There are various of rumors in regards to the temple. These were documents by travelers and their adventures.. but if up to the individuals to take these to accounts as fact or false.

Surface Floor - It stated as a resting spot. For some reason, monsters never, ever appeared there. It seems that they retreated form light that beams from the sun. So you'll see merchants and the like wandering around to see valuables and trade precious items in order to make a quick buck.

Sky Floor - It contain many rooms that are occupied by monsters. Be careful, despite being a popular spot to journey too, it contain monsters that are extremely powerful

The Sky Temple Sanctuary - Where there are many kinds of information regarding the "creation" of the world. However, no adventurer had ever managed to enter the final floor and made it out alive. Rumors had it that it's protected by a Guardian.

The group arrived at the place. From there, they can see the temple floating on the oceans waters. Black Shadow pointed the temple. "It's right over there." Black Shadow raise a brow. "It seems that.. the barrier is still up.."

Silence looked around for a boat. "Well, this Shine must've entered it somehow. Let's find someone to take us there." He turns to the two demons. "Hey." As he claps. "Do something useful and fetch the boat."

"Pardon?" Faunix questioned, a little nervous. "I don't think there is a boat nearby. We should check to see if someone owns one."

Faunix seemed a little hesitant around Silence but he knew there was nothing more he could do without him. His help would be needed anyways. He looked around and walked away from the group, attempting to find a nearby area or something to cross with.

Black Shadow looked at Silence. "Is there something wrong?"

"Nothing of the sort." Silence responded. "Why?"

"Nothing. Just my imagination." Black Shadow turns away from the group to observed the temple.

There was a little shop with a sign that said "Boats Ride Here". A man was on a chair, rocking it back and forth, humming to a colorful song.

"Hmm." Faunix eyed the small shop and new they found their ride. He casually walked up the entrance and stared at the man rocking in his chair. Lix wiggled his way to Faunix's side but remained emotionless as ever.

"Good day sir," Faunix bowed his head. "If I'm not mistaken, do you offer boat rides across the water to the Sky Temple?"

"Ah yes!" The man on the chair stopped rocking for a moment. "My, you two demons? You're aren't here to cause trouble are you? Just joking! Haha!" The man got up. "I assume you two are looking to take a tour to the temple, eh?" 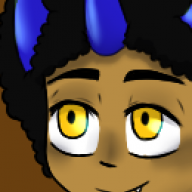 Aile swims around the waters of the Sky Temple while Tech flies around it from above.

"See any way in there?" Tech asks.

"Nothing down here. Let's head back to town for some more information." Aile yells back.

They make their way back towards the dock in hopes of finding others in the area.

"Yes sir!" Faunix replied. "I hope you can help us find a way inside the Sky Temple. We're looking for Master Shine who was last reported to have visited this place."

While Faunix talked with the man, Lix's tiny eyes stared at the two who had followed them. He didn't blink once which made the whole ordeal somewhat creepy. He waved his have, urging the two to come to where he was.

"Well, I don't know a shine, but I saw a fella that was here a couple of months ago. Haven't seen him since." The man said. "If you want a ride, I can give you want."


"It's seems the demon found something useful.." Silence said, seeing Lix wave. He'd walk towards them. "Find anything uselful?"

Black Shadow followed, but he didn't say anything.

"The man will give us a ride." Lix said only once. He turned away from Silence and glared directly at the man who was willing to offer them a ride. His right ear twitched and he scratched his neck, the collar around it jingled slightly.

"That sounds like Shine." Faunix nodded to himself. "We would all like a ride on your boat please! This will aid us greatly in finding Lord Shine. You are very kind, sir."