A Port town mainly for standing as a travelling hub, the town is often enveloped in foggy or rainy weather. The gloomy weather leaves Port Graham often swaddled in dark and humid clouds (though the rain is mainly unpredictable). It's practically compulsory to leave home carrying an umbrella on you. Despite this, it remains a key area for boats of all types to come to for imports and exports, with an inn and a local diner. 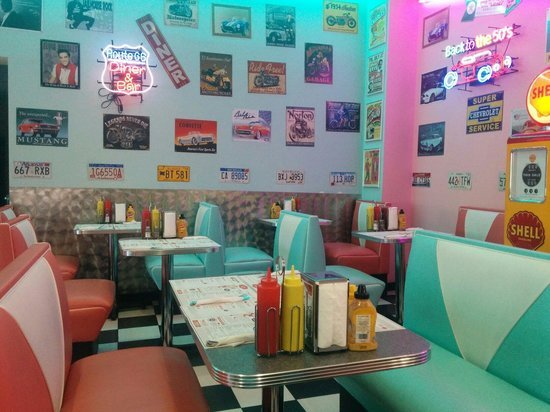 ​
A cozy retro styled diner sits in the middle of a quiet yet bustling port city. Its cheery inside makes its stark contrast from the usually foggy outdoors. ​
Colony Inn​
[img=500x500]http://41.media.tumblr.com/7ed1eb6b...2f1/tumblr_nstr61uTf41sqxw6oo1_1280.jpg[/img]​
In this port city, vacancy is almost always available. Just be sure you've enough money to stay the night. Lucky for you, rates are currently at a bargain.​
[size=large]Boardwalk Mall / The Docks[/size]​
[size=large][img=700x500]http://40.media.tumblr.com/44c667be...blr_ntq22avdDk1r773xpo3_1280.jpg[/img][/SIZE]​
[size=large]Here, you're able to shop and purchase items/clothing.[/size]​
The Docks​
Within the port at the far east of the town lies the shipping docks. Boats and piers are all around, making it a place of entry and departure.​


Events that took place here:​
~Spring 2016 (year 9315 in BV's timeline): A mysterious man named Broly appeared in his quest to destroy a man named Goku, forcing the heroes there to engage in a battle that nearly cost them their lives and those of the city. After a lengthy standstill, the strange man was defeated, but left the city in ruin. Restoration of the Port is currently being focused on.​

It was a relatively rainy day. Two hooded people entered the Aftermath Diner, pulling down their hoods to reveal a brunette and a blonde boy with someone else following behind them, but kept his black hood up.

"Guess this would be a good a place as any to stop by before we go back..." She said to the boy. The waitress handed the teenagers a menu and allowed them to sit down at a booth.

"We could use a break right now anyway. My legs are freakin' sore." The blonde said.

A man walks into the diner.

"How many and take a seat." The waitress nearby said, yawning.

"I dunno what to pick. I'm kinda hungry for some eggs sunny side up, but they have eggs on toast..." The girl flipped through the menu.

"I'll probably get fries and a sandwich." The boy said. "What about you, Nicor?"

The hooded one snorted. "Eh, I guess I'll eat whatever pipsqueak orders."

The man sits at the bar.

"Alright, coming up. Anything to go with that? Coffee? Juice?" The waitress asked after pinning the order up onto the rotating order wheel.

"Alright..." The waitress simply handed him a cup of ice before returning to the original table. "Holler at me if you need anything else."

What a strange guy... She thought. The three ordered their plates and all that was heard was the sound of food cooking.

The man opens a tiny portal to his side and drops the cup in.

"Never expected you to be a picky eater." Olivia pointed out.
"Does it really matter?" He retorted.

ADMINISTRATOR
A sickly man entered the diner. He staggered his way through the tables, nearly knocking them over as he walked. The expression on his face was riddled with exhaustion and sweats, as if he ran an marathon. As he found a chair to take a seat, he began to constantly wipe his forehead as he let out a sigh.

"Lord, may the heavens forgive me."