This is the village of Grimsby Falls, home to the Belmont Family.​

Grimsby Falls is a village in the Desolate Lands, established out in the woodland territories that were minimally affected by the toll of war. It's one of the few places with running water and amenities, but electricity is next to nonexistent; instead, the lights are all from oil lanterns whose candles last for long periods of time. Monsters (said to consist of vampires and lycanthropes) used to inhabit this end of the woods, and were oppressors of the human inhabitants. On random nights, the villagers were subject to monster attacks-- these nights were called Hunting Nights. Powerless, the townspeople merely accepted their misfortune-- that is, until a traveling outsider named Simon Belmont appeared. With the aid of his cleric nuns, they set up their base of operations in the deeper levels of the town's church and planned to cleanse the town of monsters. He wasn't like normal humans; he was well-equipped to fight many monsters like a one-man army with his iconic 'Vampire Killer' Whip, and vanquished all of the beasts to permanently put an end to the hunt. Since then, he protected this village until his passing by building Belmont Manor (currently occupied by his grandson).

While the threat of monsters is always present, this is one of the more preferable places to spend a night at. 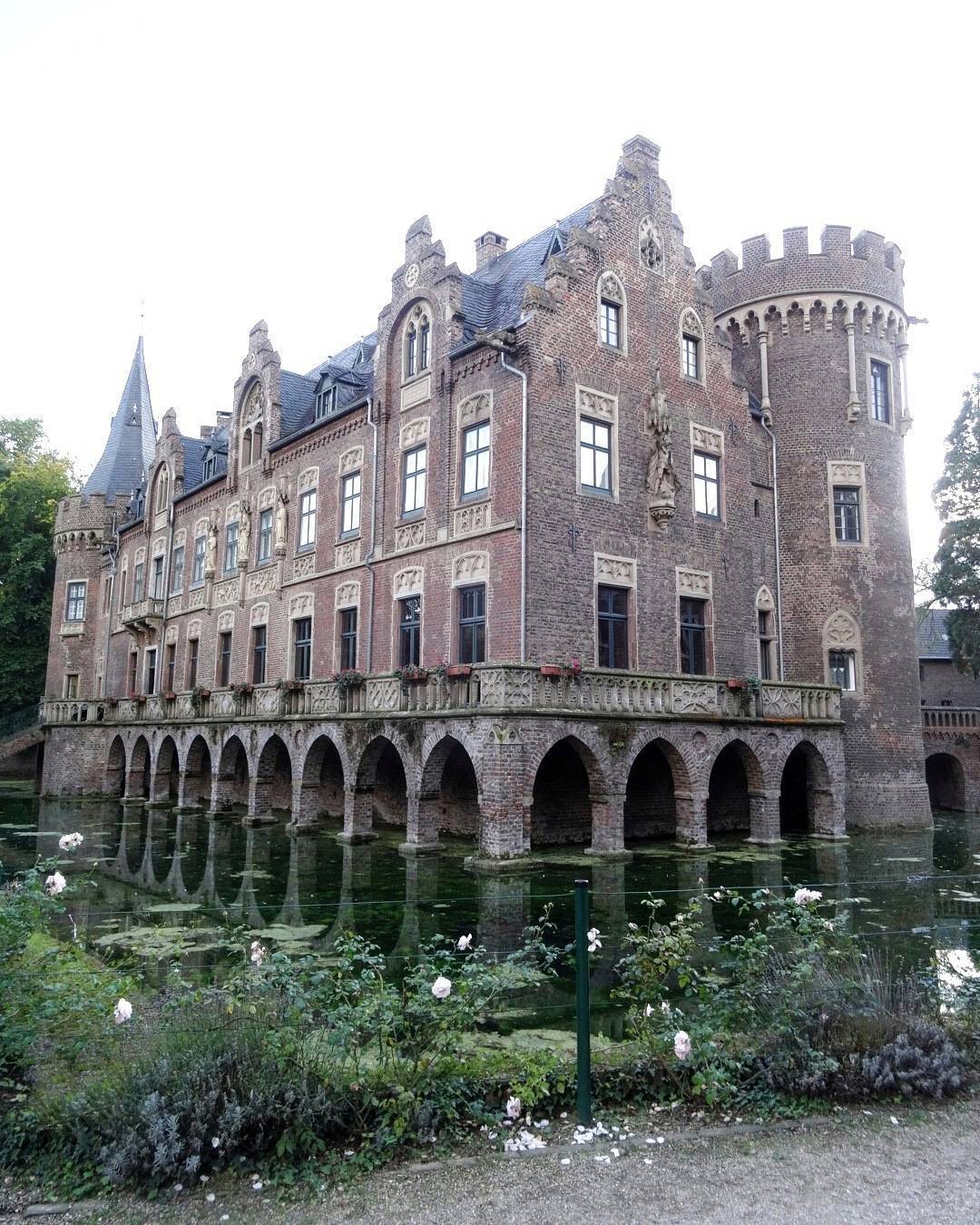 Belmont Manor is home to the wealthiest family in all of the village under Gregor Belmont, the current successor of the family. Dark clouds full of rain loom over the village. Those who come near the mansion can feel a dreaded presence behind its doors.... many villagers have chosen to remain indoors fearing the worst now that the most influential family has disappeared seemingly into thin air. In the courtyard surrounding the estate, only the whispers of the trees can be heard. There seems to be no sign of life from outside the gates. Nobody can get a good look due to the gates surrounding the manor towering over it and being covered in ivy. The manor is surrounded by a thick canopy of ancient trees as well. In a last-ditch effort, someone seemed to place a haphazardly arranged line of chains to seal the gates shut.

During the day, the manor is surrounded in lush greenery that was well maintained until the Necromancer struck. Someone hasn't come by to manage the plants in a few weeks...

Within the manor's estate is a cemetery that belongs solely to the Belmont family. It's currently shrouded in a dense fog. 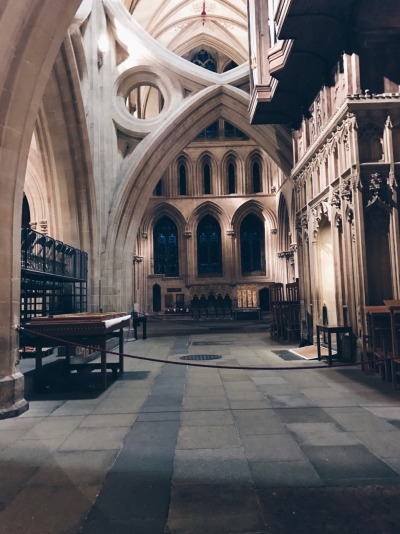 The town square has a Church closeby, where the current civilians huddle in prayer. The cleric nuns of the village have hung up incense to ward off the monsters running amok. Sister Mary is the head of the nuns and keeps the weapons that were used to permanently end the Hunting Nights deep in the lower levels of the church.


The Lord Gregor Belmont disappeared mysteriously while on an outing, and soon the manor became overrun with monsters of unknown origins. After one of his servants escaped from the monsters, poor Ivan hastily wrote a letter to the Crescent Hunters Guild for help on both figuring out a way to rescue the missing Lord and protecting the rest of the town from these beastly creatures of the night. After the fresh-faced rookies showed up (with some strange company), they soon tracked down the beasts causing the most trouble: a beastly werewolf, a vampire, and a raven posing as a woman all faced off against them under orders from a then-unseen figure of command... obeying the orders of this mysterious enemy, they colluded with the ghoulish shadow lurkers before ultimately being defeated.
There still remained one last enemy...

A Witch who was gifted in the cursed art of necromancy, calling herself Eowyn, challenged them to a duel with her best work: a resurrected Simon Belmont and an undead Great Wyvern. The great battle concluded with the defeat of these formidable revives, although this seems to have done little more than motivate Eowyn to continue her scheming around the Desolate Lands to cause more trouble. Who is this witch and why does she seek to cause more chaos?

Gold the Dark Hammer walked into the church, in his Paladin Form, and took a seat.

"By the Light, give me strength." He muttered.
"To the Ends of the Earth."

Vala and the group of people she was accompanying entered. There didn't seem to be a lot of people around. Vala looked up at the sky. "Dark clouds... is it going to storm soon?" She found herself gazing at the Church. "Found the place we're supposed to meet the servant at."

ADMINISTRATOR
Excalik fell to the floor once more. "Jesus.. I'm never going to get use to the portal.." Excalik struggled to stand. "Yeah, this is the place it seems."

Arlen stepped out of the portal, a little less affected by the portal than Excalik, but still a little queasy.

"I hope that won't be our primary means of travel all the time.." Arlen remarked before looking at the church.

"You'll have to get used to it if you're travelling with me." Vala said bluntly, heading towards the Church. "It's so desolate around here..." She said to herself before stopping in front of the Bulletin Board. "Whoa..." The mage tugged off one of the flyers and waved it in front of the others. "No wonder nobody's out here. They're this freaked out by whatever's going on with the rich people here."

ADMINISTRATOR
Excalik wipe the sweat that formed around his head due to the portal trip. He looked up to see the flyers that Vala waved around. "Whoa.. it seems that it's not the first time they requested help." Excalik looked around. "You're right.. not a single soul at sight. Whatever happen must've be pretty extreme to chase everyone away."

Z Clone followed the group to the new location with nothing but a troublesome smile on her face. She casually floated her way to the Bulletin Board and swiped off a flyer and held it in the air. She pushed the flyer to Excalik's face.

Allein said "Lets get the mission over with. I'd rather not be here longer than I have to."
[font=Tahoma, Verdana, Arial, sans-serif]Hey guys, its me ya boi Soul! One, Glad to see you all again! Just wanted to let you know Ill be doing some streaming over the next few days so if you guys wanna watch that, come check it out And 2 I might start role playing again but idk yet.[/font]

"Considering how big the group is, we hopefully should take care of this before I use up all of my energy." Vala replied, opening up the doors to the Church.

Empty in here too.

The church was largely lit by many candles and a large chandelier at the center of the Church. Someone in servant's clothing was knelt at one of the pews praying intensively.

"Hey. Which one of you is named Ivan?" Vala said, glancing around.

The one praying turned his head around with widened eyes, getting up and pacing quickly to the group. "You've answered my letter! I'm eternally grateful." Ivan bowed his head courteously.

"So, what exactly is happening around here?" Vala asked. "You've said you would expain just is going on."

"Ah, yes... I'm only hiding here because the... things... at the manor... they overran the mansion, and snatched up the other servants into the darkness. Lord Belmont had gone out saying he was invited to some kind of business. He hadn't come back for weeks. And then suddenly, all sorts of creatures broke into the manor while we took care of it as a search party was sent for him. Nobody has come back... I'm fearing for my life. Nobody else has helped us... I hope you all can."