This is a Superhero AU for Danganronpa: Trigger Happy Havoc. An RP for me and @"Akiria" only!

"If the next generation of hope can survive, then the world can start over again. That's the idea that Hope's Peak High School was originally founded on."
-Headmaster Kirigiri's dying message
Click to expand...

Premise:
With the advent of superpowers, Hope's Peak Academy was founded to nurture these young adolescents who were part of the few gifted with supernatural powers. The Academy sought to raise them into the future's generation of heroes that defend the harmony of the world. Naturally, there were humans who had these powers, but abused them for evil. Time and again, they were defeated by Hope's Peak's finest students... until now.

The Biggest, Most Awful, Most Tragic Event in Human History, shortened to The Tragedy, was perpetuated by a crime syndicate calling themselves Ultimate Despair. It began with the students of Class 78, who were set to graduate and receive permissions to embark on anti-villain missions, nearly destroying Hope's Peak from the inside-out. Ultimate Despair's leader was none other than Junko Enoshima and Mukuro Ikusaba (incognito); if they didn't manage to brainwash the students into committing mutual killing (which they did), they set out to dismantle the authority of the Academy at the highest level. Following Headmaster Jin Kirigiri's assassination via Monokuma Execution, the students that survived the Tragedy of Hope's Peak either had their memories temporarily wiped or left under Junko's command as members of Ultimate Despair. The only remaining survivors of the Academy were the students of Hero Class 78, who managed to regain their memories, escape the academy-turned prison, and set out to put an end to the calamity.

While they were trapped together trying to piece along the events of the Tragedy, the outside world was thrown into an apocalypse. Mass hysteria followed by the complete breakdown of society, survivors live in fear of the patrolling Monokuma Bot Army in addition to the survivors that went mad with despair. It's up to the Hero Class to see the Harmony's Sunrise. 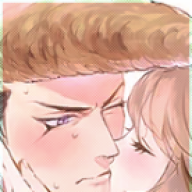 (I'm kinda basing this off of how THH started, with Makoto waking up in an empty classroom, but this time, instead of introducing with Ultimates, it's introducing with powers. And, I can take Leon and Hifumi, that way we're both RPing 8 characters)

Makoto groaned softly as he woke up. His head was heavy, as if it were filled with lead. He couldn't place it, but it felt like something was different. Something was wrong. Managing to stand up and stretch, he tried thinking about what would lead him here, to this room. And, why had he been asleep in a classroom of all places? He looked around the room, eyes widening at the metal sheets and large bolts attaching them to the windows.

Something was very wrong here.

I might as well go to the main hall. I mean, what if I'm the last one? I need to see if anyone else knows what's going on here, he thought. He left the classroom, and walked towards the main hall. As he did, he twirled a very small tornado over his hand, something he did when he was nervous. As he walked, he watched the air swirl around.

I read a little bit of who was going here, before I came. Their powers seem so much better compared to mine. I feel a little out of place here, already, he thought, entering the main hall. He dissipated the small tornado over his hand, to try and appear calm.

(I can work with that! The only difference will probably be them having to fight Monobear in order to escape once they figure out what's going on and recover their memory. And the villains except for Leon would probably not be at the Academy since they decided to go on their own and have their memory intact)

The main hall was full of bickering voices, mostly the loudest of the hero students trying to understand why nobody else was in the ramshackle academy. The only thing barring Makoto from the hall was the heavy set of double doors that had very odd stains that dried off on the metal.

Once the doors were opened, the discussion died down and the remaining Hero students stared at Makoto in silence for several moments. At least, before a teen with short black hair and piercing red eyes pointed at him; he was dressed as a school prefect with the telltale armband.

"Late for what? It isn't like any of us know why we are here in such strange circumstances." Another student chimed in, dressed to the nines in gothic lolita clothing.

(Yeah! I like that idea ^..^ And, looking up how to describe the characters, I realized. We forgot about Yasuhiro Hakagure xD)

"So, none of you know why we're here, either?" Makoto asked.

"Not really, no. But, maybe it'd be easier for all of us to maybe go around, and introduce ourselves?" A student said. She had long blue hair, and was wearing a girl's school uniform.

"Sh-Should we show each other our powers, too? Th-That way, we know what everyone's capable of?" Another student asked? They wore a green, long-sleeved shirt, paired with a light brown skirt. Their hair was slightly long and brushed out to both sides slightly.

"I have no problem with that," a third student said, shrugging his shoulders. He had bright orange hair, a goatee, and wore dark jeans, a white patterned shirt, and a white jean jacket.

(Well shit.... he could be a clairvoyant like in the series, but actually be good at it. ::lmao: I'll take him to make things easy since he had such a minor role in the first game for the most part)

"Sounds good to me. Why don't you start, Mr. Prefect since you're on this side of the room?" The gothic one asked.

"Very well! I am Kiyotaka Ishimaru!" Said the hall monitor. "My ability allows me to maximize my abilities doing hallway patrol- nobody can outspeed me from a detention ticket if they're caught without a hall pass," he announced confidently while zipping through the room and stopping in different spots before returning to his original position in front of Makoto. "Pleased to meet you."

"My name is Sakura Oogami." The tall, brawny young woman with long white hair went next. Judging by the sheer amount of muscle she sported, it was easy to tell her power was the sheer strength held within them. Despite her intimidating appearance, her voice was rather gentle in its gruffness. "I don't spar those without muscle, but making friends sounds like a pleasant idea."

"Celestia Ludenberg. Pleased to meet," greeted the gothic girl before doing a curtsy. "My ability is to manipulate probability; why leave things up to chance when you can do it yourself? I haven't lost a game of cards yet because of it. I also can give people 'bad luck' by hexing them. Feel free to call me Celes, it's shorter."

"And I'm Yasuhiro Hagakure!" Hagakure had long dreadlocks that stuck up in all directions, and he had a jacket slung over his shoulders. "I can see into the future and stuff like that, but it's kind of a complicated deal."

"..." The last one to go of the bunch was a ghostly pale girl decked out in purple clothing. She had said nothing this entire time but just watched everyone make their introduction. She had white hair with a lock of it braided and tucked behind one ear.

Kirigiri. Kyouko Kirigiri. Her voice echoed in everyone's head, making everyone who already introduced themselves widen their eyes in surprise at the intrusive voice, although she didn't move her mouth. I can perform telepathy, but I'm not mute. This is just the easiest way of showing my ability.  Telekinesis is a little more destructive to use in demonstration, so I'd rather not.

"My name's Aoi Asahina, but you can just call me Hina," A bubbly girl said. Her hair was tied back in a ponytail, and she was wearing a white tank top, jean shorts, and a red jacket. "I have hydrokinesis. anything that has any trace of liquid in it, I can manipulate," Hina said.

"You can call me Leon Kuwata. I also have soundwave manipulation, but I use intruments to do it," Leon said.

"And I'm Makoto Naegi. I have simple aerokinesis," Makoto said. He started to twirl the tornado over his hand again.

"I guess now that we all know each other, we can go on ahead and figure out what to do." Celestia suggested. "When I woke up, I wanted to check my phone and see what time it was, but it turns out I don't have it on me at all."

"I don't have mine either. It appears they've been confiscated." Sakura said, staring at the podium on the opposite side of the hall. It looked like someone recently had set it up. "Whatever the case may be, I don't think we are alone."

Suddenly, a tapping noise rang out through the speakers.

"Testing testing, 1 2 3! Is this thing on, upupu?" Came a comically falsetto voice through the intercom.

"Who is that?" Hina asked, raising an eyebrow in confusion, turning towards the podium in question.

Makoto, Sayaka, Leon, and Chihiro all turned to the podium as well, also confused by the voice that had come from it.

"It's time to roll out the welcome wagon for you newbies! That's what this whole setup is for, uhuhu!" The speakers boomed again. "Heroes in training need a grand entrance ceremony you know."

"Maybe it's just part of the orientation? That's what my crystal ball tells me, and I'm dead on 30% of the time." Hagakure said to try and make the whole thing seem less weird than it already was. "Guess that's how they do things at Hope's Peak, huh?"

"You're partly right..." Kyouko said, staring dead on at the podium almost expecting something to appear there. The speakers shut off and out popped a small creature that sat on the podium. It appeared to be a stuffed bear, but it was very creepy looking for being a children's toy; half of its body was white and the other black. The white side had the typical traits of a cute bear, with the cute beady eye and half a smile that looked friendly. The other side, however, sported a sinister toothy grin accompanied by a glowing red eye that had a twisted shape to it.

Some of the kids gasped in bewilderment, trying to register the sudden thing in front of them.

"Before you call me a rejected Build-a-Bear, hear me out!" It stood up. "I am the Headmaster of this illustrious institution, Monokuma! Now please, give your headmaster a 'good morning'!"

Kiyotaka bowed his head overzealously. "Good morning, sir!" He shouted. He was the only one who did so.

"Um, how is a teddy bear a headmaster?" Hina asked.

"Your guess is as good as mine," Leon shrugged. Chihiro was staring at Monokuma with a confused look on his face. Makoto simply just rose an eyebrow in confusion.