What defined something as art?

ADMINISTRATOR
Across many generations, humanity bare witnessed to many amazing artworks from various of artists across the world. However, there seems to be some debate on what falls in the definition of “art”.

Here’s the definition of art according to Lexico, powered by Oxford:

[T]he expression or application of human creative skill and imagination, typically in a visual form such as painting or sculpture, producing works to be appreciated primarily for their beauty or emotional power.

Anything that invokes something out of people should be considered as artwork, yet some people argued that certain things should not fall in that definition. For example, below, there was a painting that was worth $86,882,500: 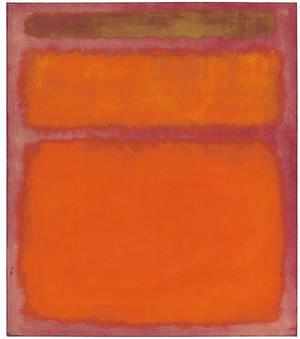 Does the artwork above considered to fall in that definition of art, regardless of how basic it looks?

For many, art is what viewers and artists alike see and interpret differently. It could also play in with color psychology. Sometimes that orange square you saw at the gallery MUST go on your brick wall at your studio.

I personally see nothing in that piece of art, but someone else could think it looks like a window elsewhere. Come to think of it, it does look like a fake window. XD

Oh boy, this question (and picture) were actually shown in my art class. Technically, there is no right or wrong answer. Anything (depending on the person) can be art. Computers were considered an art back when they were first invented and STILL ARE considered an art not because of it's visual standards (Tho' some computers DO look nice) but rather it's function. If we are talking about display art, there will never be a right answer. What your friend considers a masterpiece may look bad to you and vice-versa.

Ultimately, Art is anything and everything. There are no wrong answers.

Art is anything you think it to be. It's so subjective a topic that you really can't have any definitive answers about it. What you think is art may be garbage to someone else. It's all a matter of perspective, really

But definitely a paper painted blue is not art... I mean... Seriously? Million dollars? I should be rich if that is the case.

Some people might just have a weird taste in what is art and what isn't. I cannot speak for others but I will say that the picture above shouldn't be worth as much as it is sold for. I'm not saying it because anyone can paint it (which isn't too far fetched) but is doesn't stick out for me. I don't see anything...interesting about it. That's just me tho'. Here's another work of art that might spew thoughts for you guys.

CONCETTO SPAZIALE, ATTESE (1959) by Lucio Fontana.​
Estimated Price: 4.4 million dollars.​
This is literally it guys. A red canvas with slashes on it. Is this more interesting or ridiculous? Lucio Fontana literally only did THESE types of paintings, all ranging to thousands, even millions of dollars. He did have other works for they seemed to always get overshadows by his slashed canvas. Here's a small excerpt about Lucio and his art style.​

Lucio Fontana, an Italian artist who lived and worked in Argentina, was one of the first avant-garde artists to understand art as gesture or performance. His first solo exhibition at an American museum was held at the Walker in 1966, where a critic wrote in the Minneapolis Star that “Fontana gives his works a feeling of space by breaking the surface with perforations, punctures, ‘nervous’ slits, ‘quiet and dramatic’ slashes, or ‘fluttery’ holes.” The technique, which Fontana named Spazialismo, was conceived in 1949 when he punctured a thinly painted monochromatic canvas with a knife, exploding the definition–or at least the conventional space–of art. This act challenged the entire history of Western easel painting and led him to the understanding that painting was no longer about illusion contained within the dimensions of a canvas but a complex blend of form, color, architectural space, gesture, and light.
Click to expand...

http://www.walkerart.org/collections/artworks/concetto-spaziale-attesa-spatial-concept-expectation
After reading a little bit about him, I do consider this piece of art...well art! Maybe not all art can be as great or symbolic as Big Boy Vinci, but sometimes you have to hear the perspective from the artist's point of view and you might change your mind.

But that's just me, what about you guys?

ADMINISTRATOR
I don't know. Doing things like that shouldn't be value, especially if anyone, literally anyone can replicated the same thing. What's stopping the person from doing the exact same thing, but do it at a different angle? I heard people talk about "the idea" or "meaning" but there's no meaning of a canvas that had a yellow block in middle.

Then I heard some other forms of Art where artists use people that are terminated ill and use them as display to showcase the "Art of Death" where people are literally seeing them died on the floor as they walk past them (they're covered with sheets to avoid eye contact). Something like that? I don't think that's art. Art should be something that can be created, but doesn't mess around with life of a being.