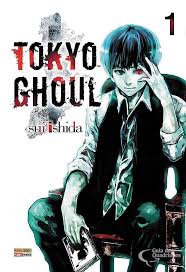 Tokyo has become a cruel and merciless city—a place where vicious creatures called “ghouls” exist alongside humans. The citizens of this once great metropolis live in constant fear of these bloodthirsty savages and their thirst for human flesh. However, the greatest threat these ghouls pose is their dangerous ability to masquerade as humans and blend in with society.

Tokyo Ghoul follows Ken Kaneki, a shy, bookish college student, who is instantly drawn to Rize Kamishiro, an avid reader like himself. However, Rize is not exactly who she seems, and this unfortunate meeting pushes Kaneki into the dark depths of the ghouls' inhuman world. In a twist of fate, Kaneki is saved by the enigmatic waitress Touka Kirishima, and thus begins his new, secret life as a half-ghoul/half-human who must find a way to integrate into both societies.


What were your favorite character(s)? What parts did you like and what parts didn't you?
Do you like the sequel manga?

ADMINISTRATOR
I've haven't gotten around reading the comic but I read some interesting things about it. The artwork is pretty solid and the story is pretty good; however, I heard that it gotten a rather cruddy ending. Is the sequel of it any good?

I have not seen this anime/Manga to completely understand as to what is going on. I DID however, see one fight scene (Which I won't spoil) and I am rather impressed at the animation style. I will definitely make time to view it, hands down.

~ Z ~ said:
I have not seen this anime/Manga to completely understand as to what is going on. I DID however, see one fight scene (Which I won't spoil) and I am rather impressed at the animation style. I will definitely make time to view it, hands down.
Click to expand...

Watch it, read it, CONSUME IT

and feels. A lot of feels.

I have yet to read Tokyo Ghoul:re but it continues the story in a really weird way. XDDD The last few chapters are a bit weird in what's going on (they animated it coherently though so it's a good idea to check out those fight scenes) but TG leaves many questions that are supposed to be answered and followed-up in :Re.

Is this a thread which includes discussion about tokyo ghoul:re? Because damn the latest chapter hit me in the gut.
Kaneki has got to be one of the most mistreated characters ive ever seen.

Yeah. I seriously wonder if Ishida just uses him for a punching bag. XD

You totally should otherwise I'd have no one to talk about it to. xD eventhough i'm only halfheartedly following the manga because tumblr spoils everything before the chapter even comes out, the latest chapter was quite shocking!

Right!? Nobody is tagging the spoilers for the recent chapters either so it's like "AW COME ON"

I'm on chapter 3 right now. Are the Quinx a recent sort of thing the CCG implemented and that's why they're under Haise's leadership?

Yeah I hope you haven't been spoiled for the latest chapter but I doubt it. xD
I think they are relativly new yeah. :O And probably because Haise has connections with Arima.

Arima seems a lot more chill than I expected him to be. Man not even 10 chapters in and I'm already on the Feel Trip