Figured I may as well create a discussion thread for this game before the third season installment comes out.
For those unaware, TWD by Telltale Games is based in the same world as the comics of the same name. The difference is that much of the cast are original to the game.

ADMINISTRATOR
Well, I'll be the first to ask. I haven't seen gameplay of it yet, but how's is it? Is it a stealth kind of game or?

It's a lot like a situational kind of system and you tend to have a set of answers you have to choose in a limited amount of time that may or may not get you different endings. The choices can be just answers or actual actions.

In terms of fighting, it can be point and click to shoot/hit, mash a button to fight off a zombie or bust in a door, or you are prompted arrows to dodge in a second or two. Stealth is a thing, but is also situationally used. Depending on the scene, what you can do can be very limited.

The games by Telltale focus a lot on character interaction for certain endings/routes rather than the zombies you kill. So often, it doesn't matyer what dead you kill, what's alive matters more.

It isn't as widely interactive a system as say, The Last of Us, but it seems to follow a more choice-led kind of system (sort of like a morality system).

ADMINISTRATOR
Hmm, sounds a lot like a quick-time event kind of game. :think:

But yeah it's one of those types of adventure games.

Only 2 seasons are out and the second season left you about... 4? Alternate endings? That are supposed to be picked up in Season 3. I assume that's why they postponed the release for 2016 since each route would involve a lot of different start points.

I've played both seasons and I was pleasantly surprised. A friend recommended them to me, but I hadn't watched the TV show or read the comics, so I thought I wouldn't understand what was going on and just wouldn't be able "get into it". But I was wrong. The characters really grew on me (especially Clementine) and the "choice-driven" gameplay was a nice change. I'm definitely looking forward to the third season!

Telltale recently released the first episode of a side series for Michonne; but it's based upon the comics I believe. So I assume this will be the content we will get while they finish up the 3rd Season of the game itself. 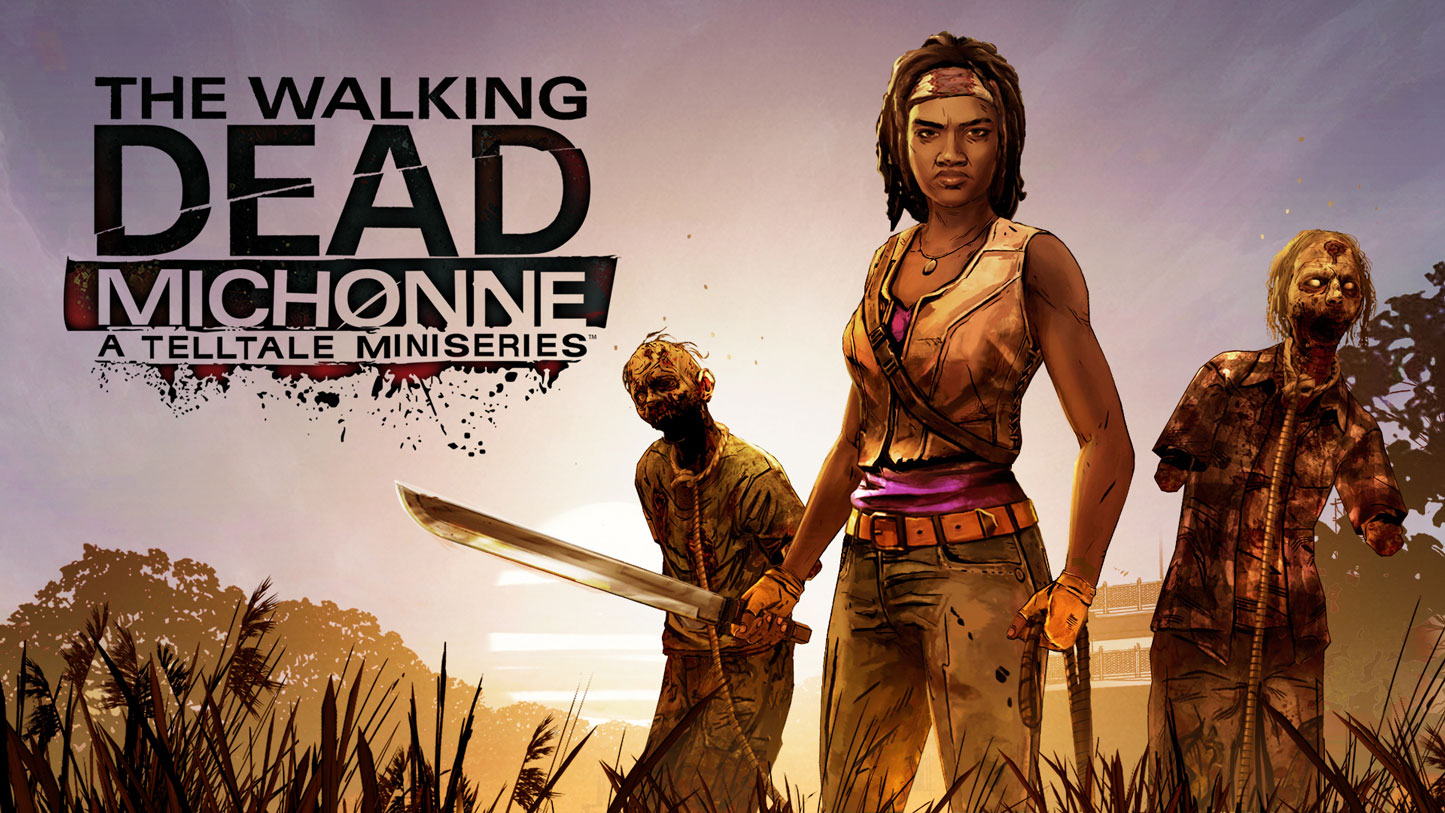 The Walking Dead: Michonne – A Telltale Miniseries stars the iconic, blade-wielding character made famous by Robert Kirkman’s best-selling comic books. The story explores the period in the comic book timeline where Michonne leaves Rick, their group, and her katana behind, in order to deal with emotional demons from her past. Players will discover what took Michonne away from her trusted allies, and what brought her back to them.

The premiere episode, ‘In too Deep’, finds Michonne aboard ‘The Companion’, a sailing ship captained be Pete and his crew, as they look for survivors and supplies along the coast of the Chesapeake Bay. When a desperate radio signal calling for help draws them to the scene of a horrific massacre, Michonne and the crew of the Companion are lead to the floating survivors’ colony of Monroe, which just may be harboring those responsible for the carnage.

Surrounded by the dead and mistrustful of the living, you – as Michonne - will choose how the story flows through the choices you make, in this three-part episodic miniseries.

Ah I love both games I have them in real I love Lee,Kenny,And Clementine at the most ,umm the only thing I noticed is that sometimes it either glitches as you play it more than once or it does not let you answer because the reply times get faster/delayed but past that its basically my most top favorite game .
Nothing is more powerful than the life in making peace and relaxation in the beauty of the earth that surrounds you brimming you embedded in its core,always look to the future even if you suffer deep downfalls for bright triumphs may overcome be like a BrightSeranade and stay strong for others,

I enjoyed the first episode of the Season 3 game. I really liked how they decided to address picking up where the individual endings ended off of (though I haven't seen Episode 2 yet).

Even though Clem is a hardened criminal, I still love her... I wish they didn't make her look so old for her age, but beggars can't be choosers.

Yeah, I noticed the glitches occur the most when there is a lot of animation during one of the quick time events or when the game begins to automatically save. I have only seen that for the PC version though.

I liked the fact we started with a fresh character main, but still get flashbacks hinting at what Clementine did post season 2. Some of those cutscenes are really heart breaking ): Especially Jane's. That just broke my heart.