Genre: Shonen (it also has lots of horror elements imo)

The story follows Kakujou Youkou, who lives in a seemingly normal world where medical technology has skyrocketed to new heights, making it possible to completely replace any human organ. Those behind this are called the Ame No Tori (Rain of Birds), but it all turns out to be a plot against humanity where the new technology can take over its host, thus turning them into a killing machine. A task force is created called the Jackalope; its goal is to annihilate these mindless murderers before they raise any more havoc. This is where Youkou's new life begins...

First impressions: Some things the characters do don't seem very logical or make much sense following the next scene. But I attribute it to the fact the main character is such a weird guy in general and has a very strange set of self-made rules to follow. The concept itself is rather interesting (especially the Jackalope weapon concepts). The Rain of birds turning people to monsters kind of reminds me of... nah, I'll spoil that series. But whatever reference I made, it goes much further than that and it's due to the fact that it's an openly known business and has a general societal approval. The beginning is quite a shocker (I'd say just as a shocker as DWML's opening chapter, but I don't think it surpasses that) and a bit odd in some parts in terms of writing, but it's probably to keep things mysterious. I'm interested in reading more of this series so I can get inside the main character's head. Though it seems that he too is an orphan only with a sister (but seems much ballsier than Ganta).

Now im curious about the series you referenced. xD say it under a spoiler!!!
But damn this is gonna be another bloody series made by the Deadman Wonderland mangaka. The first chapter really was shocking! I'm looking forward as to how the story will progress.

Technically it's a Tokyo Ghoul spoiler, but I did reference
Doctor Kanou purposely using Rize's organs to create One-Eyed Ghouls like Kaneki and the twins. But I don't think I know his true motives yet lol
.

I do like the concept of them gaining some sort of animal mascot head. It's like Mickey Mouse goes on a rampage. XD

My heart broke immediately though. 2much4me 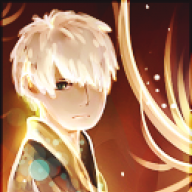 I started reading this manga and I really like the art style and the story so far. But it seems like the chapters (or the translations of said chapters) are being released really slowly

I'm not sure why they release so slowly nowadays. They were pumping out the first few chapters pretty easily. But I think I've read all the chapters so far.

The latest chapter is #2B, right? Or did I miss one? That chapter was released in October, so I feel like there should have been at least one more chapter, if they're going for a monthly release. But if the mangaka needs to take their time to deliver the best reading experience possible, we have no choice but to wait

It looks to be just 2.2 rather than a full 3rd chapter. But I honestly didn't know how they would make a good chapter, but I was proven wrong. Lol

It probably is writing and figuring out what to put. It takes Murata a few weeks to correctly adapt a webcomic, so I would understand it taking a bit longer to work up the momentum with a series from scratch. But it looks like the wait is worth it!

It's been like a few months since the last chapter got released. Does anyone know what kind releases Smokin' Parade has? Like is it monthly or quarterly like dgm or something.

I'm unsure, but I did see some activity on Kazuma Kondou's twotter page recently of some cover artwork for SP's "5th story (I assume chapter but autotranslate isn't very good). So it very well could be quarterly updates. Though I can't remember.

The first few releases were sporadic and in quick succession but it seems they may have a proper sschedule going.

Took a read on a few pages, but I was quite surprise that it's 70+ pages long. As for the information, the manga is monthly, but I think there's has been some delay with the content, it was cancelled or simply the lack of interest translating the work from fans.