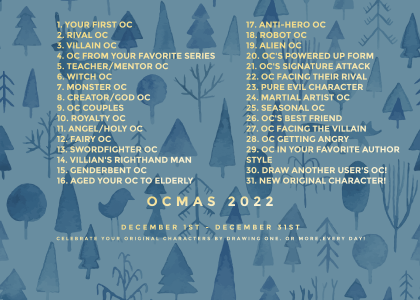 My first OC!! He went through numerous changes over the years, including backstory, appearance and personality... but the few consistent thing about him is that he has the power of the stars and his signature headhand. What inspired me to create this character is because I wanted to add a "cool" character into various shows I watched as a child (essentially fanfiction, haha). I even wrote several notebooks of Angel Star's adventures in their worlds (I believe it was Kids Next Door), that eventfully spawn its own series, where he fought his "brother", Black Star, who was a ninja from a faraway world and Red Star, a mad demon scientist. He had swords, guns, the full works of weapons as he fight his way to heaven and hell to save a child, lol. His greatest enemy was a dude called Alex, who (cough, inspired heavily from Naruto) was a Fox humanoid.

Nowadays, as I grew, Angel never appeared in any stories, but if he were to appeared... I would like him to be an addition to Good Days!!

There she is! My first OC!

Her name is Seirei Shiro. Some of you might know her, but she's been going through a ton of changes, so many that I just couldn't pick one! I kept her locked up and hidden away, but I never forgot about her. Shiro was able to travel time, but I never really stuck to it, and, eventually, gave up. She remains story-less, for now! There are way too many ideas I have for her, but too many I refuse to give up. I'll figure it out one day.

Aside from that, Shiro has graced your eyes! New and modern. 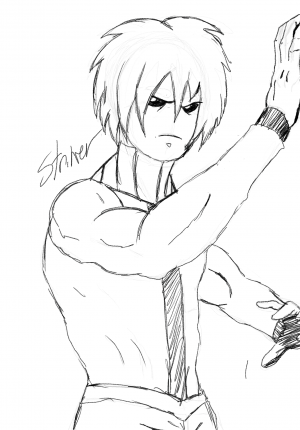 Striker! The self-proclaimed rival of Mex. An perfectionist to the truest sense and believe in absolute justice, the appearance of Mex have rocked his world. He was breed and raised to be the beaming example of his species, only to be outshine by Mex. He vowed he will defeat her and reclaim his wounded honor (in their first battle, Mex swiftly defeated him!). He views those with criminal past with disdain, and think lowly of people who attack the weak. Despite his obsession to best Mex, he does consider her as a friend, since both of them had similar circumstances in their pasts that puts them in their current position.

Fun fact for RV players, Striker was originally supposed to appear in RV... but I decided with Spina instead. Wonder how the RP would change if he appeared instead. 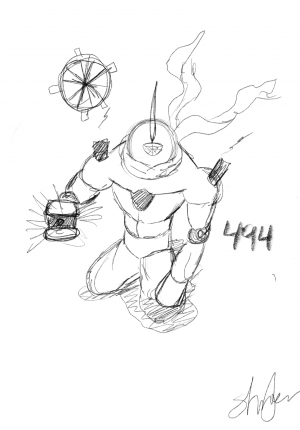 A slight revision for 493 (now 494), otherwise known as Chrysler. Created by The United African Science, Series 494 led the other machines across the cosmos to collect data and bring it back home. However, since humanity was largely wiped out during their venture, 494 created a lied to add a purpose for the machines. Identifying as male, Chrysler recorded information was a way to increase his own intelligence, believing that he was created for that purpose: become the ultimate information center. To become such, he lead destruction to countless planets, captured organisms and perform experiments to extract all information.

Decided to bring in Judas!

Judas is ruthless and cares very little for those around him unless it's for personal gain. He is mostly void of emotion, having lost his humanity long ago. He's the one who runs the red market, all for the sake of money. He has bigger plans but we don't know what they are yet.

Since the story is still being worked on, I do not have much to say on Judas as of now. Sorry. ^^; 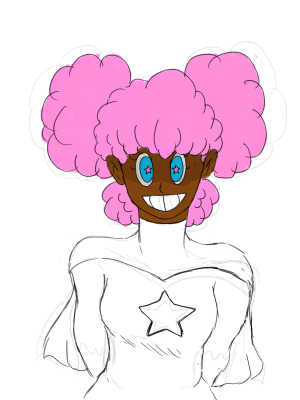 Nthanda the Teleporter! Former agent of Good Days, she is an incredibly dangerous foe. She can teleport to any location as she pleases. Don't let her happy demeanor fool you, she'd incredibly cunning and destructive. 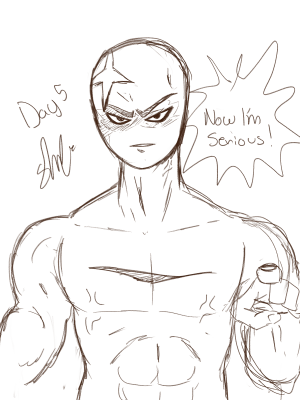 Xandi, captain of Mex's team! He was a famous agent at Good Days back in the day, even resuming the rank of Black Jacket. However, he mysterious retired and disappeared for a while. He only returned as a favor for his old friend, and help nurtured the next generation of Good Days. Whenever his juniors are in trouble, he'll step in and unleashed his full power.
Last edited: Dec 26, 2022 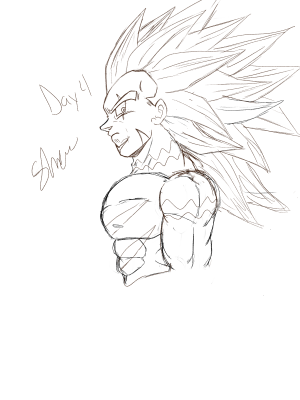 Day 4: OC from a favorite series

Dragon Ball was my childhood growing up. Originally "Black Goku", Spina was born after years of crafting. This is Spina who achieved the next level of Super Saiyan, the strongest, most perfect form. Don't have a name for it yet, but I'm using the canonized name: "Super Saiyan Full Power" for now.
Last edited: Dec 26, 2022 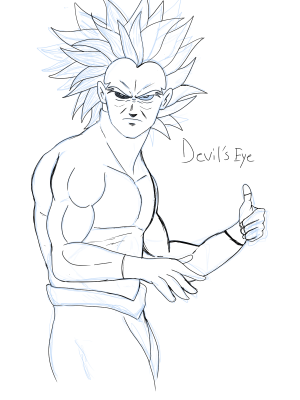 A strange entity that appeared on Earth, in my other story, Shineman. He opposes the idea of leaving the Patriot Island be, and appeal to the Council to offer some protection against the Quakes (basically monsters). However, he has some secrets he's actively trying to keep from the others.
Last edited: Dec 26, 2022