Escaping the Blind (Rules and Registration)

Overview: The nation has been overrun and almost completely taken over by strange aggressive beings known as The Blind Ones. The Blind Ones have a zombie-like nature but aren't technically dead. This was caused by a chemical bomb attack on the nation's largest cities over 15 years ago. The Blind Ones, or Blinders for short, are blind due to their eyes being completely black from the chemical in their bodies; however, they can hunt using their ears and nose. Their hearing and smell are not enhanced but some Blinds have mutated special and unique abilities that allow them an upper hand in hunting prey.

Over the years, the chemical in their system has caused several of the infected to have a slightly better adaptation to their environment. Reports have shown that some Blinders living in the cold north have grown longer and stronger arms and legs to tread easier in the snow but seem to lack the hearing and smelling ability that regulars have due to most of their face being frozen over. They possess ruthless strength and are able to lift cars with ease. Some Blinders, however, have advanced so far that their have gained strange abilities that are almost always fatal. One report told of a single Blinder able to control a large mass of the regulars, letting them hoard around potential prey.

The only safe haven is Portland Oregon where the chemical never reached. The nation outside of Portland has grown into a jungle-like industrial wasteland. Laws no longer exist thanks to the lack of authority figures and people who are not infected take the law into their own hands. With the image of American down the drain, there are people who are trying to maintain this 'American name' but how they plan to maintain it might be scarier than the Blinders.

TIP: Food and Water have NOT been infected with the chemical and are safe to consume, even from the wild. Plants and animals are also NOT affected by the chemical and have grown in numbers over the last couple of years and are also safe to eat. 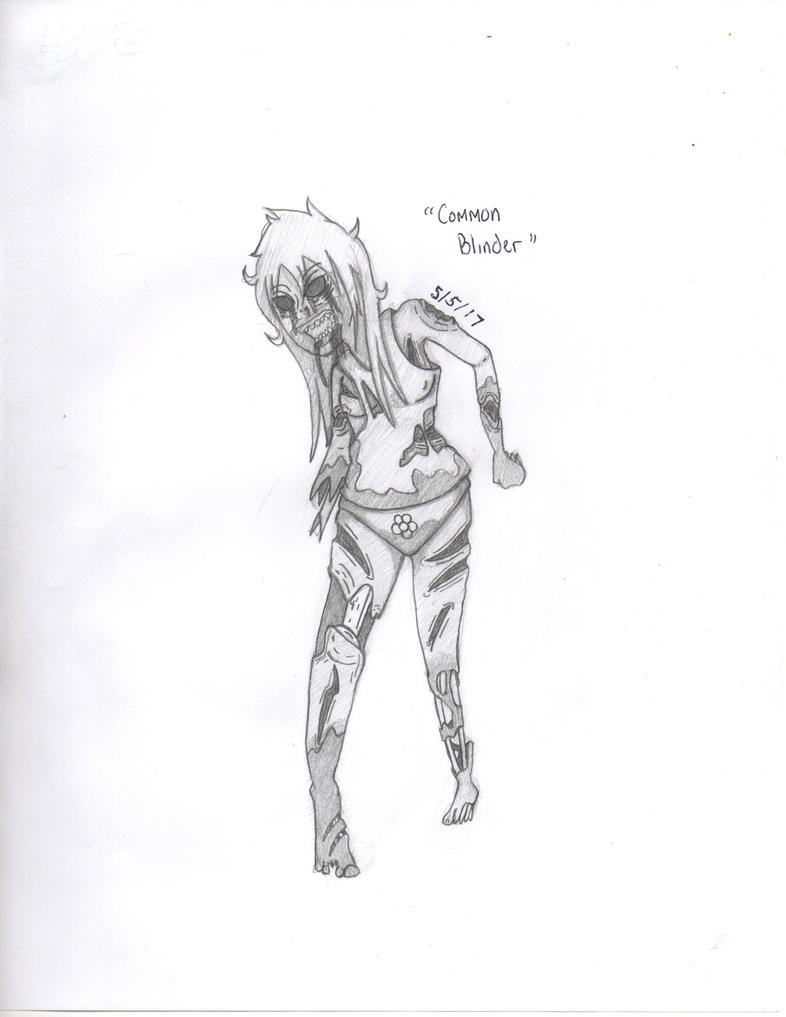 Personality: Mostly serious and tends to not tolerate mistakes. Rarely smiles and is slow to warm up on people. Those that he does trust tend to look up at him like a father figure and he is more willing to save them. He may be hard on people but he would not let anyone die.

Appearance: Dusty-Brown Wavy hair and small beard grown from age. Blue eyes with some dark circles around them. He has some scars on his arms and hands and a major one across his nose. He wears pants with many pockets and some hiker/military boots. He keeps his trusty combat knife, machete, and a gun at his waist at all times.

Small Bio: Ezra was an average man who worked as a Uhaul employee when the chemical strike happened. He and his family were separated from each other at the start of the whole epidemic. He had to stay behind and allow his wife and kids to get taken to Portland so they can remain safe. His only mission in life is to reunite with his family. With the help of Boris, he has gotten through many thick situations involving the Blinders.

Personality: He's a bit of dare devil and loves to smash some Blinders up with his fists or any sort of melee weapon he has. He is very gentle despite his huge demeanor and tends to not really talk about his age to anyone. He loves to protect younger people and has a real heart of gold. He is almost a complete opposite of Ezra but he states that he could never abandon him because of the bond they share. He loves to drink and has a strong German accent.

Appearance: Huge bulky man with a full white beard. He may be old but he's no push over. He's got strong muscles all over his body. Since he mostly uses close range combat to fight, his arms, legs, and torso are protected with armor. He can use a variety of melee weapons. He has white hair and is very tall.

Small Bio: When the attacks hit, Boris was in New York working as a construction worker. He, along with his wife, had to fight Blinders together. When help finally arrived, Boris's wife was taken to Portland where she vowed to drink in his name. Boris traveled several years, aiming to go to Portland to finally reunite with his beloved Helga and celebrate until they drop. He met up with Ezra, saving him from a Blinder and the two seemed inseparable.


THE RP THREAD WILL BE OPENED SOON.​

Personality:  Jason Wayne has a warm heart, but has a foul mouth. People referred him as a gentle giant, but a raging beast when pushed to his limits. Jason Wayne has grown to become aggressive as the years passed because betrayal is common around these ports.

Appearance: Jason has dark skin and blue eyes. He sports a beard, which had a grey color due to his age. Although he on the older side, he still managed to keep himself healthy and fit in order to survive against the Blind. He wears worn out pants, Chicago Cubs jacket with a white t-shirt underneath, regular sneakers and black fingerless gloves.

Small Bio: Before the Blind Invasion, he was a high school History teacher in the city of Chicago. He was married and had two children; however, all of them perished. Wandering on his old, He wished to travel through Portland and offered his assistance to find a way to eliminate the "Blind Invasion".

Name: Violet Owens
Age: 31
Personality: Aloof and usually has a frown on her face. Her tactlessness and incredibly blunt nature don't make for the greatest company, both personally and for others. Fortunately, her selflessness is there to soften the blows (when she wants to be). Much of the time she has spent in a group has been short lived, so it's made her wary and rather judgemental of others. Her will to survive is mostly fueled by her basic hostility to the world.
Appearance: Straight black hair cut short, doesn't reach very far past her ears. Brown eyes and olive skintone. Appears to be missing her pinky and ring finger on her right hand, but has a blue bracelet made of parachute chord on her "lucky" left. For clothing, she wears a brown leather jacket with inner pockets (one of them keeps a switchblade and a swiss knife) and a blue shirt whose sleeves end at the elbow. For bottoms she wears muddy-gray jeans and scuffed leather boots. Carries a baseball bat with thorned vines wound tightly around it. It has some nails stuck onto it for when the thorns break.
Major skill: Survivalist
Small Bio: She's spent lots of time hopping group to group, since each one has either broken down completely or has been destroyed by the Blinders or other humans. Violet did experience a recent territorial struggle that left her with 2 fingers cut off. She still managed to get away before they managed to slice the third, and came across Molly nearby, who stitched the sites of amputation shut and bandaged up her hand in exchange for becoming her bodyguard. They travel together, although for Violet, she's doing it to pay back her gratitude to Molly.


Name: Molly Pendleton
Age: 38
Personality: Polite and logical with her reasoning, but she likes to make a lot of jokes relating to fatalistic humor. Overtly cynical. What she does paints her in a charismatic and kind light, but it's more or less fueled by acting out of self-interest; any semblance of intrinsic kindness is a leftover instinct from her days as a doctor.
Appearance: Mousy brown hair tied tightly into a braid that hangs on the front of her shoulder. Wears a flannel shirt with a hoodless jacket on top and torn jeans. Carries a first aid case with as much medical supplies she can carry.
Major skill: Medic
Small Bio: Used to be a doctor, fleeing with as much medical supplies she could carry at the time before the hospital was raided for its supply. She manages to scavenge for material but has kept her medical tools save for the disposables like bandages and gauze. Recently has traveled with Violet. Molly has long abandoned the hope that there would ever be a way to reverse anything that's plagued the country the last 15 years; she survives for no one but herself.