ADMINISTRATOR
This is a more, "modernize" take on Attack on Titan, using today standards of how the situation would be if something like this would occurred in our time-era. This is also an reboot of the RP from AF, because it was never finished due to some complication towards the end. This also given more chance to bring in some fresh faces, while keeping the spirit of what we did in the original. With that said, here's the story of Modern Day.

You and your classmates attend University of Los Angeles. From there, all of you are taking Pre-Calculus final exam. Unlike most exams you've taken in this course, this is a test of your knowledge throughout the course. If you fail this, it will result a failing grade and can hold you back from graduating. Don't worry though, there's something to take that stress off your shoulders, an mysterious giant being appeared over your campus and started attacking. What are they? They looked like giant people from those Jack the Giant Stories! Titans-Like beings!?

You and your classmates are one of the handful of people whom have survived the onslaught of the campus. You must drive yourself to survived the destruction of the campus and find some form of safety, or face the wrath of enemies that threatens the concept of humanity! The military and government officials have been slow to respond to this incident. What are they doing..? Regardless, survival is priority!


Name: Zyster Johnson
Gender: Male
Ethnic Background: Black
Age: 20
Personality: Zyster is a stoic who doesn't say much unless spoken too; unless he happen to know the other person very well. He seems to be cautious on action and claims that he relies on instinct and some common sense to find a sensible solution.
Appearance: He has black, short hair and has a medium build. He has some muscles, but it isn't profound. Has hazel eyes and black skin. He wears a gray shirt, with a symbol of a bear from some cartoon that appeared on TV. He also wears jeans, a black jacket along with sneakers.

Personality: A bit easygoing and always tries to look at the bright side of everything. Has a bit of a smart mouth and likes to keep her friends smiling. She also has a bit of an internal survivalist inside of her considering how she lived on the islands.

Appearance: Is rather short, being 5'1. Wears a small jacket with lots of pockets and a shirt under it. She has short, black hair and is always kept back with a purple head band. Her a nice build and is actually somewhat athletic despite her frail looking frame. She has tan skin and freckles. Her most outstanding feature are her green eyes. She has shorts on and high top shoes. (Will provide drawing later on)

Name: Seto Kiro (Alternate version of my OC I used in the original game)
Gender: Male
Ethnic Background: Japanese
Age: 20
Personality: An outgoing person who usually just wants to relax. Also a very determined individual since he was always taught to never give up as a kid. Very shy around girls.
Appearance: 5'8 with athletic build. Green eyed with long white-colored hair. Wears a black hoodie, blue jeans, and Jordans.

Personality: One to get bored easily and unenthusiastic about working. Likes to talk a lot. Also likes to take action before thinking.
Appearance: 5'7 with skinny athletic build. He has blue eyes and medium-long spiky brown hair. Normally wearing a headband on his hair. Wears a hoodie with an Argentina jersey under. Also wears blue jeans and has pink indoor soccer shoes. Has an earring on his left ear.
"I'm taking your son." - Raditz​

Hello yes I am applying to thing. 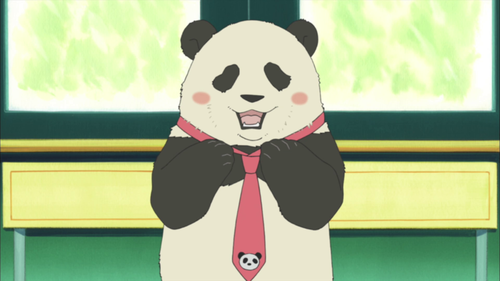 Name: Natalia Quinones
Gender: Female
Ethnic Background: [Caribbean] Hispanic American
Age: 18
Personality: Natalia enjoys making friends, but has a hard time doing so because of how shy she gets in new settings. Being a transfer didn't help with it. She is easily distressed, but when her stress response kicks in, Natalia has an uncanny ability of efficiency. It's hard to determine whether or not she actually does work well under pressure, since she becomes so mentally and physically exhausted following the stress. She isn't a fast thinker and prefers to not be rushed when asked questions. Emotionally reliant on others.
Appearance: 5'6", and looks deceivingly frail (her kicks hurt brah). Her hair is a golden brown cut rather short and parted to the side. If she decides not to brush, it sticks up in tufts. Natalia's skin is a darker olive complexion. Her eyes are a dark brown.

Name: Ximena Rey
Gender: Female
Ethnic Background: Catalonian American
Age: 20
Personality: Ximena tends to be rather cold or aloof to strangers, but she lacks finesse with people she doesn't know, and can lead to her misunderstanding the needs of others. It takes some time getting to know her since she doesn't like small talk or minimal word exchange. If one were to get on her bad side, she ends up saying things that may come off as cruel or malicious. Otherwise, she has a habit of forming a sister-figure complex and becomes rather protective of those she cares about. Others just may not see it that way.
Appearance: Wavy medium-length dark-brown hair that she usually tucks under a gray beanie and has blue-hazel eyes. Stands at 5'2" and seems to wear long sleeves shirts frequently with leggings. She has a light purple stud lip piercing on the top right corner of her mouth. Light skin tone.