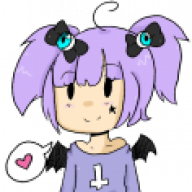 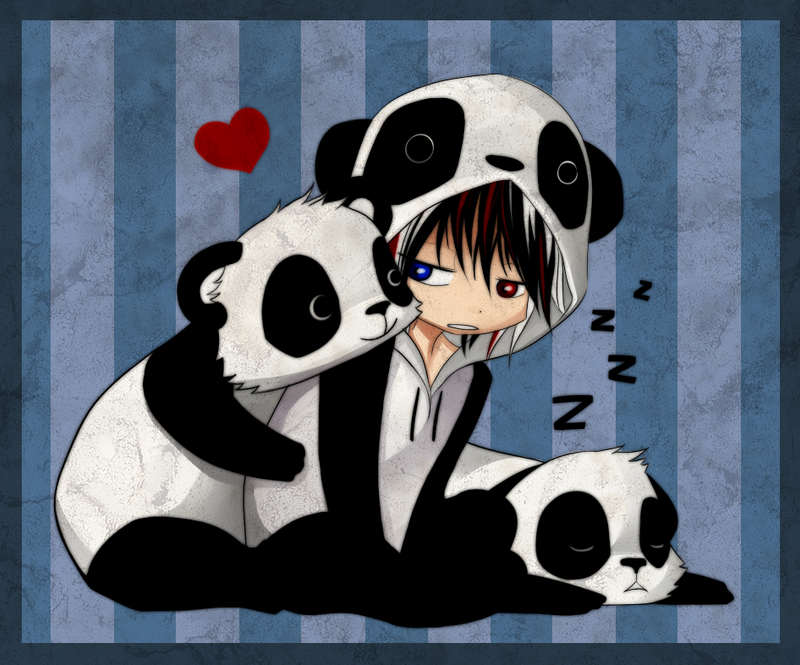 Personality: Hot-tempered, but easily pleased by the scent of food. Often stays away from people because she thinks they are irritating. Her favorite animal is pandas.
Abilities: Climbing trees, tall walls, or towers. Fitting 23 dumplings into her mouth at one time. (her personal record)
Biography (1-2 paragraphs explaining your character's history):
This hot-headed teenager often gets thrown into situations she has no way of comprehending. She tends to think everyone person she meets is flawed in someway weather they are too peppy, a know-it-all or what have you but eventually people wear on her and she puts up with them.

One of the days she spent roaming around the woods, in her panda hoodie, as a child, two panda cubs began to follow her around everywhere she went thinking she was their lost friend. One would often be seen sleeping either on Serenity's back, the other panda's or randomly on the floor when ever they would stop. The other would be hugging and tugging on Serenity where ever she would go. Her bestfriends are these two animals and they often smother her when she tries to sleep.
Don't be afraid, my child. I wont hurt you, today.

Personality: An often happy girl who spends most of her time drinking tea, reading books and making music. she is rarely rude and always tries to cheer people up when they seem down usually by dancing terribly till they laugh.
Abilities: Can play; guitar, piano, and violin.
Biography (1-2 paragraphs explaining your character's history):
Sonnete is a natural-born musician and a HUGE bookworm. She loves tea so much she dived into a fountain in the middle of winter in order to get a free month of hot tea at her favorite shop.

Sonnete doesn't have many friends but loves making them. She tries to always be cheerful and keep spirits high but when there is nothing she can do to help her friends she tends to cry and get very mad much like a four year old child after being told they cant have candy. She also LOVES adorable animals and baby animals can mesmerize her for hours on end.
Don't be afraid, my child. I wont hurt you, today.
You must log in or register to reply here.
Share:
Facebook Twitter Reddit Pinterest Tumblr WhatsApp Email Share Link
Top Bottom