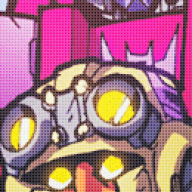 [Some fancy cover will be here soon. I guess. I dunno]​
The Story​
The now-archived roleplay planning thread (has some small notes. Kind of important. If it's okay I'll just make another thread on the world and its specifics)​
Some backstory:​
I've had this AU since I was 14. It's been 13 (it will be 14 considering I turn 27 this year) years now, and this AU has seen numerous expansions and revisions as I add in new stuff to it; it used to just be an AU that's highly influenced by Final Fantasy, but somewhere down the line I discovered Dragon Quest and Chrono Trigger, and made a LOT of revisions based on those two games, their lore and world building, and try to make them as cohesive to the Dragon Ball universe as possible. Down the line, there was also Dragon Ball Super, Heroes and Xenoverse to consider -- all of these provide me with a lot of information and new characters to add to and fit into this very extensive AU.

This AU's seen about three attempts at roleplay and one fanfiction that never got past the third chapter before it was somewhat lost for good, and numerous first-draft comics that never saw the light of day. Over the years, I've also lost a lot of notes and worldbuilding I've done up until 2009. I kind of regret not keeping them all in one place, but the good thing about this at least is that I can now build up on this AU with the knowledge and experience I've gotten over time also.

At one point I thought adding Kingdom Hearts into it was a good idea. It was not. It was just weird. So that's now scrapped entirely.

I really kind of regret NOT making a backup of both the first role play thread and the fanfic from AF though, but eh.

Anyway. Here's the official discussion/review thread for the Tytania Chronicles. I appreciate all feedback, because I'm a beginning writer. Like, really beginning writer. I'm more used to writing nonfiction than fiction, so writing stories is somewhat new territory to me. So I honestly appreciate tips and constructive criticism on my story so I can keep improving. You may also ask questions -- I love getting questions about characters and the world, and since I need to rewrite and rebuild the world of Tytania anyway, leading questions are strongly encouraged.

I hope you enjoy this story!