story yet to be named 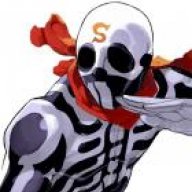 so this is a story i worked on a while back that is in extreme editing mode. i haven't worked on it in months and there's some stuff i want to take out and/or leave in but i figured i would show people what i have done so far. also i wrote it on notepad when the internet was out so there might be a lot of word errors.


An island far from civilization; a cool breeze guiding the scent of the ocean across the heated beach, past the swaying palm trees, and into the thick patch of tropical forest. A collection of small crustations skitter across the sand as the soft waves gently claim them back into the blue, shimmering waters. Only the sounds of the waves and the distant calls of the seagulls fill the air. An ideal place for rest and relaxation yet...something feels wrong; like you don't belong, or is it the island itself that doesn't belong? Should i be here? How did I get here? Why am I here? Why...?

Off in the distance, a disturbed section of sand and pebbles is visable; a woman lay face down. Her long, black hair sprawled about with faint shimmers of sand gleaming out of it. Wearing a long, sleeveless white gown which had been worn and slightly ripped at the edges from the elements and extended use. Her posture seemed as if she crawled out of the sea in haste while a rusty locket lay firmly clenched in her left hand. The soft, weak breaths she took where interupted as she slowly started to move; lifting her face from the sand as she barely kept her angled posture up with her elbows.

She slowly glanced across the landscape, realizing she was in an unknown area, she fumbled about in attempts to stand quickly which met with another greeting to the hot sands. Weak and exahausted from the sun, she lazily made her way to the nearest shade under the palm tree and placed her back against it. Attempting to keep her eyes open she could notice something strange in the sky, whether it was hunger or dehydration causing hillusinations, she could see black spots and lines appearing and disappearing behind the clear blue sky. It was as if someone was pushing behind a thin blue screen. The spots where not her only concern, the sun as well appeared to not be fully circular; more of an oval shape. Not only that, it also appeared to be moving in a vibrating motion; keeping the same path, but it would seem to jolt in random directions. With what little energy she used to get to the tree, she was too worn out to bother questioning what she saw as she slowly shut her eyes and drifted back to sleep.

As she slowly reopened her eyes the pains of hunger brought her to stand herself against the tree. In attempts to find food she noticed the collection of coconuts around her. That with some of the crabs scuttling across the beach would provide her a good meal for what was left of the day, but first she needed to make a fire. She hobbled around in the shade, collecting dead branches and leaves then made a pile ear a large collection of rocks where she would make a shelter out of later. She had obtained this knowledge from...she paused. Where did she get this knowledge from? Not only that but where did she come from? The more she thought on her situation, the more she became puzzled about how much she didn't know... amnesia perhaps...? That seemed to be the only logical explanation but if that was the case, then where was everyone; if there was anyone that she was with? When searching for the equipment needed to make the shelter and fire, there was not much of anything that indicated humans even set foot on this island other than herself. No shipwreck, no plane crash, no make-shift raft; nothing.

Then she remembered the locket she had.

The small, slightly rusted locket that had tiny flower details around the edges; nothing amazing, just a bronze colored locket with one of those beaded chains that would break with a good tug. The origins of this locket as well where unknown to her. The locket was in her possession, it had to have been hers so out of curiosity she opened it; an unknown woman stared back at her from the locket with "To my Best Friend Sarah" enscribed on the other side. Was this addressed to her? The woman seemed to be in her late twenties or early 30s, much like the girl holding the locket; had short, dirty blond hair and a small ladybug shaped hair pin which clashed with the patterned neck, baby blue dress shirt that she was wearing.

Bringing herself out of her curious trance, she sighed lightly and closed the locket, wishing the locket contained more information. Setting it aside she built her fire and managed to catch two small crabs with a net she managed to put together with leaves, a sturdy branch, and the stringy stems of some small live trees and weeds. As the sun started to set and the fire glistened of her rock house covered in large leaves she collected, she finished her meal and decided to take a none hunger enduced nap; ensuring herself that finding help and searching around the rest of the island would be top priority in the morning. The soft breeze blowing through started to put her to sleep, but it seemed odd to her that the breeze kept changing directions; a back and forth motion that made the fire dance around. Again, sleep overpowered her curiousness as her vision faded to black.

As the sun rose from the horizon, a loud slam made the earth shake and a flock of birds flee from out of the trees; waking the woman from her sleep abruptly. As she brushes the ruffled leaves she covered herself with away she notices an aged wooden shack that appears to have been abandoned off in the distance. Was this building always there? What was that loud slamming noise? She stood up, wiping the sleep from her eyes and brushing the sand off of her dress; she slowly made her way to the shack.

After climbing over the large rocks and through a section of thick brush she made it to the vegetation riddled shack; the cracked and broken porch creaked with every step. The door had almost fallen into the house and was hanging from one of the hinges so she carefully stepped over it; avoiding the holes in the floor. Standing in the center of the room, there was a very eery silence. The wind that was once blowing had stopped, the sound of the ocean waves had been muffled from the walls of the shack, and even the birds outside had stopped chirping.

Looking around there was papers littered throughout the main room, it seemed a lot of them where scribbled on or crumbled up. There was a desk in the corner that was also littered with the same paper, along with some dust collected books and a melted candle stick. Peering into the other rooms there was a small pantry, a bathroom that was just a hole in the ground, then there was a decent sized bedroom. The mattress was far beyond repair and most likely home to a large amount of insects or some other wildlife, while there was a bunch of clothing thrown about. What stood out the most in that room the most though was the baby blue dress shirt; what the woman in the locket was wearing.
[img=0x170]http://i1.wp.com/shoryuken.com/wp-content/uploads/2017/07/DE4dItrVwAQd9nd.jpg[/img][/CENTER]
​
You must log in or register to reply here.
Share:
Facebook Twitter Reddit Pinterest Tumblr WhatsApp Email Share Link
Top Bottom