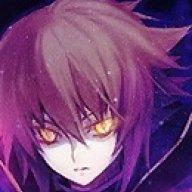 Ok, so ive been in a RWBY/SAO kick for a while and i thought that why not try to make a story about this. This world, like SAO, is an MMO that has the same concept as that you cannot log out until you clear the game. But instead of floors, there will be acts, based on every three episodes of RWBY.
--------------------
Remnant. The newest game from Oum Industries has become widespread and very popular in a short amount of time. The game featured a mentor system and later, a team system. Each team had a close combat specialist, a Dust mage, and two mid or long range specialists.

The mentor system used either the teams CRDL, JNPR, CVFY, or RWBY. But players only got one mentor from a team. Each member has a specialty.

[font=Tahoma, Verdana, Arial, sans-serif]Hey guys, its me ya boi Soul! One, Glad to see you all again! Just wanted to let you know Ill be doing some streaming over the next few days so if you guys wanna watch that, come check it out And 2 I might start role playing again but idk yet.[/font]