Appearance: A Saiyan with a build almost exactly like Goku's, but with the signature glowing veins of a Solarian in orange. His hair is straightened backwards with a black coloration, reaching shoulder length. He is encased in head to toe in orange glowing crystal armor of an obvious Solarian make, preventing his pale skin from being seen. He has blue eyes. His tail is black as well but has bio-luminescence due to the veins inside.

Personality: Solaris cares solely for increasing his strength and acts like the regular Saiyan but refuses to kill unless threatened for one reason. He wants whoever he defeats to rechallenge him so Solaris will keep having reason to becomes stronger and stronger.

Powers: Incredible ki manipulation, capable of firing off planet destroying blasts using only a fist sized ball of blue energy. His bodily strength also leaves him with a high reserve.
Super human strength, capable of pulverizing planets into oblivion.
Orignal Super Saiyan transformation, 50X power increase.
Light Magic: As a Solarian, Solaris is able to contort magic easily to the point of it being second-nature, and is more then capable of creating planet destroying blasts of light from this. Solaris's is so advanced that he is capable of unleashing a spell to vaporize the universe in one final light.
Solar Saiyan Form: A more draining version of the orignal Super Saiyan, where magical abilities are given the same power up at the cost of increased ki drain and the radiation inside his body dissipating.
Star Energy manipulation: An blue-white energy that functions as a higher level of ki, which Solaris uses in his Star Form. The energy can only be used by a being with the necessary knowledge of magic and has learned to adsorb it from various stars, with the higher the intensities the more energy is gained.
Star Form. Combing Solaris' Super Saiyan Transformation and Star Energy, Solaris transforms into a being capable of wiping out the entire universe in one attack other then his universe destroying light magic spell. The form turns his hair and armor blue-white and replaces his ki attacks with Star Energy.
Solar Saiyan Blessings: Solaris is capable of using some of his Star Energy to activate an enhancement to his Star Form. He is only capable of using one that makes him immune to the effects of aging and any time manipulation.
Radiation Control: capable of expelling radiation from anywhere of his body through solar energy. He can even use it to enhance his physical attacks.
Super Human Durability: As a Saiyan Hybrid, the stronger Solaris becomes the harder it is to take him down.
Oozaru: By staring into a full moon Solaris is capable of transforming into an Oozaru.

Items: Solaris' armor is designed to adsorb magic into itself to refuel it's user coupled with high durability. The armor provides some armor to brute attacks and cutting but after a certain point it glows faintly showing it needs to be repaired and all attacks will directly affect Solaris.
Solaris carries a sword which he uses as a ki energy deflector controlled by his Solarian magic then as an actual weapon, serving a utility purpose then offensive one. It is quite sharp and durable however.

Reputation: He's the latest threat to the Z-Fighters.

Appearance: A man with pale skin, red eyes, and spiky black hair as if it were a helmet. He wears a black with red highlights shirt, jacket, pants, boots, and gloves.

Personality: Shadow enjoys games of luck, always using his assortment of cards and dice to decide actions. However, when he gets serious, he drops all pleasure from items in order to get whatever needs to be done done in a cold mannerism.

Powers: Super human strength: Shadow is able to lift items like cars and trucks with ease.
Shadow form: Shadow is able to become like his namesake, but is forced out of the form from direct lighting.
Sin eating: Shadow can hide inside people's shadows and thus consume their sins, gaining their memories and the ability to take on their physical form at the the sins were eaten. The process leaves those affected inflicted with extreme fear and paranoia.
Regen: Inside shadows Shadow is capable of quickly healing from even fatal wounds.
Shadow Magic: Shadow is capable of manipulating shadows as an energy source to attack people with, being able to kill men with ease.

Items: Sin Sword. Shadow's sword does more depending upon how sin filled the target is. He carries around multiple decks of cards and die.

Biography: Shadow was created as a scientific experiment thousands of years ago, recently released from cryostasis he fell into in order to combat Solaris' arrival, for Shadow was part of the back up plan as a being capable of destroying Solaris.

Reputation: Legends say of a mysterious man known as Shadow-Son with a thousand faces and a knack for torturing those who cross him.

Personality: Combination of the Saiyans Goku and Vegeta, tempering the extreme personalities of both fighters to create a level headed peace seeker. Chooses to act more like Vegeta as a means to create impressions within other peoples' minds.

Biography: Long story haha. Let me know if you need this.

Reputation: One of the strongest warriors in the Z-Fighters. 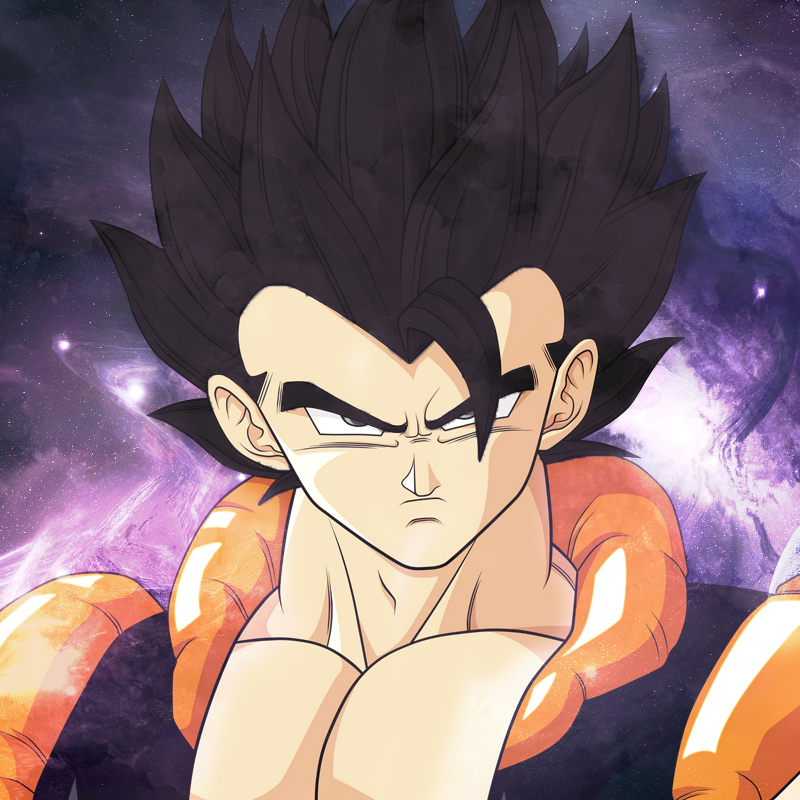 Personality: Combination of the Saiyans Goku and Vegeta, tempering the extreme personalities of both fighters to create a level headed peace seeker. Chooses to act more like Goku as a means to create impressions within other peoples' minds.

Biography: Long story haha. Let me know if you need this.

Reputation: One of the strongest warriors in the Z-Fighters.

Appearance: Wears jeans and a black polo with plain white tennis shoes when not in battle. Wears white angelic battle armor lined with gold when in a confrontation. He has blue eyes that turn red when in draconic form and brown hair that turns black when in draconic form. When utilizing his power, a blue flame streaks out of his left eye and a halo appears over his head. The God Fragment in his chest also glows. He also has one angel wing and one demon wing for flight, both of which turn draconian in his draconic form.

Personality: A funny guy, Oriko likes to keep things lighthearted. Although, when things get serious, he'll drop the act and get ready to fight. He will also do reckless things when those he cares about are in danger.

Powers: Oriko has some of the powers of God, such as conjuration of light and demonic items and flight. As part of some sort of mutation, Oriko can transform into a draconic state, greatly enhancing his powers and granting him fire breath. However, this state only lasts for about 30 minutes. If he stays in draconic form for the full duration, then he will be tired out when he exits the state.

Biography: Oriko started his life as a normal boy, but Angels changed that. They killed him then brought him to Heaven, where he would end up becoming the next God. Now he fights demons and sometimes assists the Z-Fighters.

Reputation: Christian God in another universe.
"To the Ends of the Earth."

Age: 23 (she ages faster due to her mixed blood) 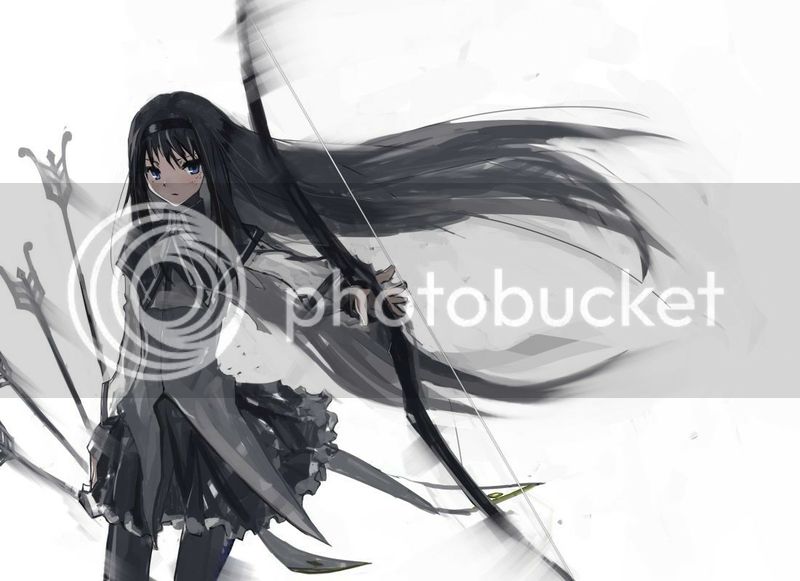 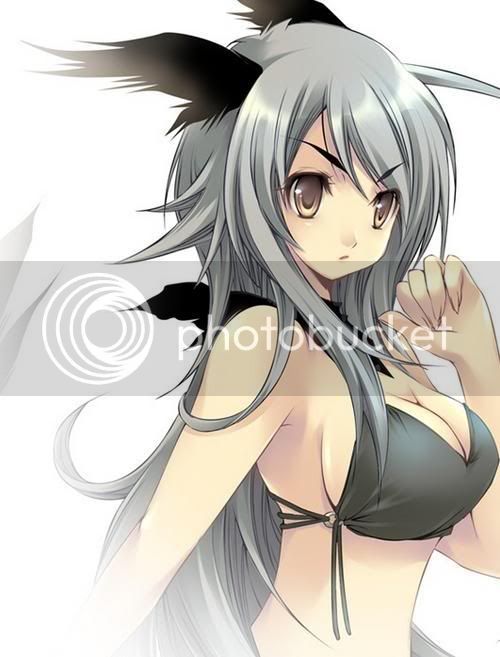 
Personality: Oralie is a shy person, not really open to anybody due to her isolated past. When she fights, she fights by herself, tending to ignore teammates. However, once she opens up for a person, she'll seem a lot more cheery and willing to work together.

Powers:
Demonic Blast -- Oralie has limited knowledge of demon magic, and can use said knowledge to send out relatively weak energy blasts.

Light Blast (Fallen Angel mode only): Oralie sends out a powerful blast of light. It can be infused with Demonic Energy to turn it into a Holy-Demonic Blast.

Light Spear Barrage (Fallen Angel mode only): Oralie summons a large number of light spears behind her and sends them flying to their target.

Fallen Angel Transformation: By drinking the tears or blood of a pure Fallen Angel, Oralie can temporarily utilize her full powers, gaining a massive power boost.

Portal to Hell: Oralie can open portal to Hell using her limited knowledge of Demonic Magic.

Healing Magic (Fallen Angel mode only): Oralie can utilize healing magics in this form, and can close wounds, reattach severed body parts (as long as the person is alive and it's their part) and even heal their mind if necessary.

Familiar Summoning: Oralie can summon a fox familiar named Eun, who can support her in fights by either directly fighting or using healing techniques. When Oralie summons Eun in her Fallen Angel form, Eun gets larger and gains a total of nine tails as opposed to just one.

Items:
Bow and Arrow(100 arrows in her quiver) -- in Fallen Angel form, her arrows turn into light arrows.
Quiver
Fallen Angel Tears(5 bottles with 3 uses each)

Biography: Oralie was born in the depths of hell to a Fallen Maki Tamazaki and the Demon Prince of Hell, Lucifer. Heralded as a prodigy at birth due to the potential her power had, her name was changed and she was rushed out to an isolated location to be schooled and trained. She barely saw her father and her mother was restored to normal Angel status, and thus never seen after she turned 3. At the age of 16, Oralie ran away from her isolated location when she found out that her father was planning to do horrible things to the world once he won his war against the forces of the Churches and Heaven. At the same time, her Fallen Angel and Demonic blood made her despised in heaven, mainly due to her Demonic blood. As such, Oralie roams the world to do some jobs and keep herself alive, keeping to herself mostly due to the amount of hate she has received throughout her journey.

Approved.
"To the Ends of the Earth."