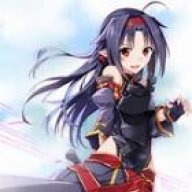 Hello everyone sorry for the long wait I have been having severe health complications I get sick and am constantly in the er a lot((By a lot at least every day so anyone interested in being friends with the Queen please take it into consideration that I am not ignoring you)) to those who don't know me that well yet without further more I will be discussing details about the Asmirith Queendom as well as our goals.

Before joining please consider reading this thread first on our goals within the queendom I know this might be a very rare thing to see but we believe in co-roleplay cooperation((Boosting and letting others pact friendship and letting the people who fear the online community slowly open up and help them ,as well as boosting teamwork and effort)) which means this is mainly not only a light freelanced main roleplay but it is centered on helping people make friends and get to know each other the idea is mine originally and fully I was asleep one day and it was like bam a queendom and a plot ,we believe as well as spreading peace in dark times and we support and counsol others when they need it our future is to hopefully have a place where our imaginations can drift past our internal conflicts and imagine the beauty of a unknown world that wavers in happiness but holds strong bonds at the same ,a world that will soon have a brighter detail and strong perspective in the future.I will be giving a simple detail about the roleplay and one that would make the reader imagine our goals.


The curse some may be interested in but here it goes before kira or her parents were even existent into the world of  Shiran in which the castle is centered in thier ancestors fiddled with the dark waters sorrounding the vicinity and castle making the spirits outside the enchantments very mad to the core,these spirits cast darkness across thier land for they were not ordinary spirits they were the souls of pirates and thier captives that were killed by the hand of  one of the late grandfathers,when he did that he had not known the pirates had been innocent  for the one who had told him they had did wrong and supposedly stolen a valuable jeweled crest had been being deceitful and had tricked him over,so the family was sentenced for punishment over the fate of one mistake over a thousand generations to come,the resolution and punishment that terrible suffering and tragedies and unknown deaths would occur unless they found a way into retributing and claiming the forgiveness of the spirits,seeking thier judgment on thier behalfs basically thier fate layer at the feet of any innocent person that any member has harmed in the past or previously and if it were to happen again in the future well the family's castle would not hold up and be sent spiralling towards the earth below plummeting thousands of feet for the enchantments over the castle would break,casing the family's happiness an immediate ending.The waters of Shiran((The name of this land the entire roleplay takes place in)) may seem peaceful and broadly shimmering under the suns heatful waves ,but at night a mysterious black dew forms atop it ,if one were to touch it  in a boat the boat would disappear without a trace as unfortunate as that sounds,For the black dew is the spiritual matter and darkness that grows more and more bigger as the curse dawns on or worsens.

About the stolen crest:
Rumors within the Queedoms are forseen that many mysterys tell that many of the villagers and Peasants believed that the artifact encrested stolen crest was really a prophecy of the lands entire downfall and it's future.They felt that the mysterious crest had been formed from the land itself and that the curse was actually the lands balances of nature coming untangled and fringed,they believed it had been created from the oceans water and that the water was the curses "heart".All in all they believe that the land was battling its creation and that in the making of trying to perfect itself the balances of nature were in perfected.As well as they had Suspicions that neither the pirates nor the family were at blame,the felt that the curse affected them on both sides and they were casted judgement ,but for their sanity they refused and secluded the family and the pirates and cast them away out of fears of thier lives being affected after they lost many people or villagers had went missing....basically the villagers were all saying " hey I'm saving my own skin you can scoot along now my tail is worth more than yours" So they left the family out of events royal or not,and due to that reason the village soon became in poverty ,the people refused to pay taxes so they simply chose to trade food for need nessaties into earning a living for them and thier families.

in all imagine a dwelling place of light dwelling in a path of darkness shining bright like a shimmering beckon,A place where when happiness ensues a flame never dies out and holds strong just as the people who reside in it they work together to make thier crumbling society better along with trying to find the never ending trails of mystery's that toll and dread on,in highest hopes of putting a stop to this dark destruction and continuing to let themselves and the land shine in purification.
Nothing is more powerful than the life in making peace and relaxation in the beauty of the earth that surrounds you brimming you embedded in its core,always look to the future even if you suffer deep downfalls for bright triumphs may overcome be like a BrightSeranade and stay strong for others, 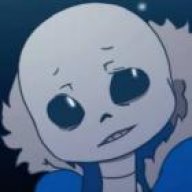