This is originally an RP with multiple people, but I'm keeping it open in the event anyone else outside of the current group wishes to play--

The meta: This universe of Pokemon incorporates the Pokemon-only world of Mystery Dungeon and Guild element. However, it differentiates from MD in that nobody in the RPG will be a human turned Pokemon. Thus, the concept of humans doesn't exist.


The Guild: The Guild in the players’ village is headed by a grumpy Pangoro; prickly by nature though he is protective of his comrades at heart. And doesn’t tolerate any nonsense. Due to his generally cranky nature, he has a gentler assistant helping out other members while he broods and sorts things out himself.

Synopsis: A few new members have joined Pangoro's Guild-- and after some learning of the ropes and a few missions here and there, the Guild is now engaged in Prep Week. Everyone is doing their part to prepare for the upcoming Expedition Pangoro has planned for the group, be it gathering food or training themselves up. The shorter the week becomes, the more restless thye are from the excitement of exploring an area they've never entered before.

Each time a mission is completed, respective teams will have money/items added to their inventory (Which will be placed into the Planning/Preview thread for easy tracking)
COMPLETED MISSIONS:
Mini Arc- A lost Hoppip! + Thieving Tangela
Mini Arc- Berries and Apples

-Extended Mission: Expedition to the Overgrowth
-"Break" Arc; Coming of Age
-**Home Sweet Home?: Overtime, a few of the villagers had been experiencing reoccurring and paralyzing nightmares. A few other villages have had the same problem, but it was simply thought of as normal occurrences; some villagers hadn’t experienced it at all. Until some of the guild members began suffering them—and seeming forced to remain in their sleep living their nightmare until forcefully woken. Adjacent villages sent help requests to the Guild, and now they must find clues to resolve the widespread problem growing in urgency as more and more Pokemon become unable to awaken.
===========================

THE RULES TO THE GENERAL GAME
•The only Pokemon not eligible to members to occupy are legendaries. Legendaries will be banned to the public. Try to not be fully evolved; we like to make it variant between the stages.
•Every member will start under Basic Ranking. No exceptions.
•ONE Pokemon per participant. This is to keep from holding too many mission groups in the Basic Missions stage. Those exempt from this rule are those playing the pokemon in each mission quest (Hoppip, Tangela, Rogue Pokemon).
•Do not post every time someone else does; nobody wants to look through 2 pages of you and someone else doing nothing but talking back and forth at each other uselessly. More details to come on that.

CHARACTER REGISTRATION RULES:
•ONE pokemon per player. Exception is registering for mission roles (Hoppip, Tangela, etc.)
•No 2nd stage evolutions huge in power such as Starters, Garchomp, etc. You may use 1st stages in those lines however, such as Combusken and Gabite. Baby and 1st stage evolution pokemon are more easily accepted to keep balance among members.
•Legendaries are banned from registration of the participants.
•Mega evolutions will not be allowed; as there's no need for them.
•All Pokemon Registered will be of Basic ranking. No exceptions.
•Shiny colors are allowed on your pokemon since in this world shiny coloring is just one of the ways to be unique.

Personality: (keep it short but descriptive)

Personality: Pangoro is a rather loud and grumpy Pokemon on the outside, though his heart is in the right place, and deep down is simply a protective bear. He does not tolerate bullies and those who pick on weaker Pokemon, and usually retaliates with violence to teach them a lesson if words aren't enough (usually his booming voice does the trick). He has a thin scar over his right eye and has a few scars on other parts of his body, hidden by his thick fur.

Biography: he had grown up in a forest where many Pokemon smaller than he as a Pancham cub were unable to stand up for themselves and keep peace amongst each other. Feeling ultimately powerless, Pancham had soon evolved into a Pangoro that tolerated little nonsense yet retained his large heart for helping others. He established his own Guild in the Pokevillage in order to have many others help him in helping others.

Moves (4 max, must be legal):
-Swift
-Bite
-Helping Hand
-Sand Attack
Personality: Acts somewhat of a brat, but it's her effort to keep attention on her, though it's misguided. Still tires to be nice, but is very vocal of things she doesn't like. Meticulous about keeping her fur clean as well, and likes to present herself as ladylike.
Short bio: N/A
Shiny?: Yes

Personality: Frillish is rather shy and quiet in his mannerisms. He tends to stick to groups of Pokemon so that he may just listen rather than contribute to the conversations. Frillish is of few words.

Biography: Had joined the guild after having been rescued from a nasty horde of Sharpedo that had wrestled with his mother over the territory. His mother ultimately passed as the help arrived as they closed in on her children. But Frillish was rescued by one of the previous teams just as one Sharpedo took ahold of him. He feels indebted to pass the rescue onto others to repay them. A torn and scarred-over lower body tentacle reminds him of the event often.
Shiny: no

Personality: Is rather confident and often blunt about things but has a warm heart for others. He doesn't like when people touches his plug-like horns.

Short bio: He was often mock by his peers for his usual color compare to the other Elekid, thus was view as a outcast. Feeling alone from his peers and family, he ran away from home with nothing other than a scarf he gotten from his late father. He join the guild in order to help any Pokemon in need and make sure they will never feel alone again.
Shiny?: Yes
=========================
Drago's Character

Personality: Straight forward and a very loyal comrade. Can jump into actions before looking/thinking and loves to eat. Prone to bite random objects/Pokemon, so be careful. Can be easily scared despite his cocky nature.

Short bio: His mother died when he was young and so he's been with his dad ever since. His dad was a veteran of a war that raged a few years ago and trained him personally in combat... and Punnery. He looks and acts a lot like his dad did when he was younger, but surprisingly doesn't usually fight unless he has to because of his teachings. He wants to start his own guild someday.

Shiny?: N
From the the Sevaza System, Planet Nafine! Just who the heck do you think I am?! I'm Alzoru Ledura, the Coral Lindworm!

Since we seem to be relatively short on group numbers currently, your Bagon can go with Bolin and Gatr (Drago and Z)!

I apparently didn't see this, sorry for only responding right now. XD

I am honored!
From the the Sevaza System, Planet Nafine! Just who the heck do you think I am?! I'm Alzoru Ledura, the Coral Lindworm!

And before I forget, if everyone registered wants a 2nd character, I'm fine with it. It makes the Guild seem less empty. XD

I just need 3 people at least in order to make another group.

Personality: Hot-blooded action girl who wants to fight big-shot criminals and bring them to justice. She is confident, brave, and somewhat vain.

Short bio: Her father who she loved so dearly was killed by a pokemon crime syndicate because he knew too much. Her mom and her were on the run for years until coming under the guild's protection. Her mom later died of an unrelated disease. Since her father's demise, she has vowed to become strong and defeat criminals everywhere, hence why she joined the guild.

Shiny?: N
From the the Sevaza System, Planet Nafine! Just who the heck do you think I am?! I'm Alzoru Ledura, the Coral Lindworm! 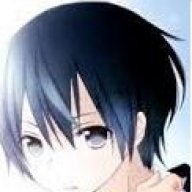 Personality: she a prankster, though she is quite smart

Short bio: was banished from her village for pulling a prank on the leader where she decided to join the guild in hopes to prove herself worthy of returning eventually

Personality: very Smart and calculating, though she is quite modest

I'll place the Raltz and Joltik together as a separate group. Would you both prefer to include them now, or wait until the expedition to begin playing them?